This search form uses an instant search feature. As you type, search results will appear automatically below the search field. When you've entered you desired search terms use tab to navigate through the available results and hit enter to open the selected page or document.
EDIT LEFT

The Ware Shoals School Hall of Fame honors alumni, community members, and WSSD employees whose personal and professional accomplishments and positive contributions to the District and community set them apart. They amaze and inspire.

We present the Inaugural class of 2019 below. Peruse their profiles to see their stellar accomplishments. Just click on their name. 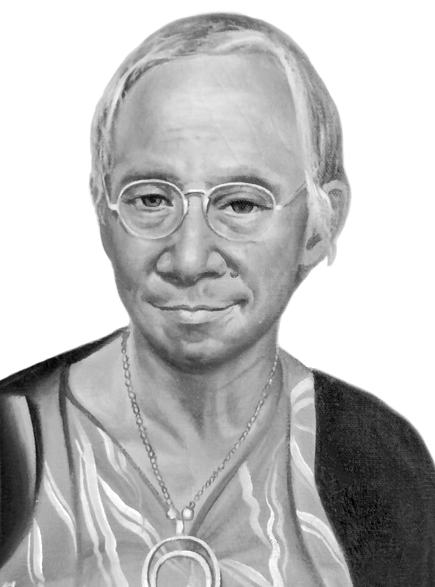 Having grown up in Greenville, Emma Mauldin Maddox graduated from Benedict College and married the Rev. James Walker. They had eight children and moved to Ware Shoals in 1917 to teach in the town’s Briar Hollow School. When her husband died two years later, Emma Maddox became the principal. She married the Rev. J.S. Maddox in the 1930s and continued to provide a positive and inclusive learning environment for African-American students until her death in 1942. When the community built a new school for African-American students in the 1950s, it was named Emma Maddox School in tribute to the contributions she made to the educational, spiritual and civic lives of her students. To this day, the local Middle School continues to bear her name. Emma Maddox is welcomed into the Ware Shoals Schools Hall of Fame as an inaugural member this 18th day of October 2019. 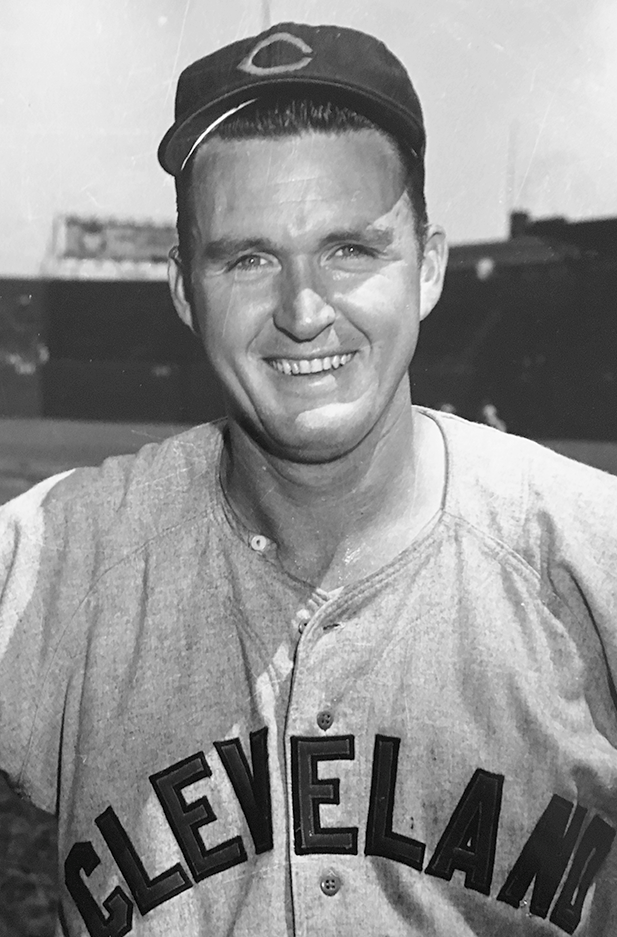 Lou Brissie began his impressive baseball career pitching for the Riegels, a textile league baseball team in Ware Shoals. After playing sports and graduating from Ware Shoals High in 1941, the hard-throwing southpaw played baseball at Presbyterian College before enlisting in the Army in 1942. He was critically injured in battle in Northern Italy two years later, but with grit and determination, Lou recovered to pitch in the Major Leagues from 1947-1953, first with the Philadelphia Athletics and later with the Cleveland Indians. He pitched in the Major League All-Star Game where he faced the likes of Joe Dimaggio and Ted Williams. After baseball, he became the national director of the American Legion baseball program. The baseball field at Riegel Stadium was named for this hometown hero in 2013. Lou Brissie is welcomed into the Ware Shoals Schools Hall of Fame as an inaugural member this 18th day of October 2019. 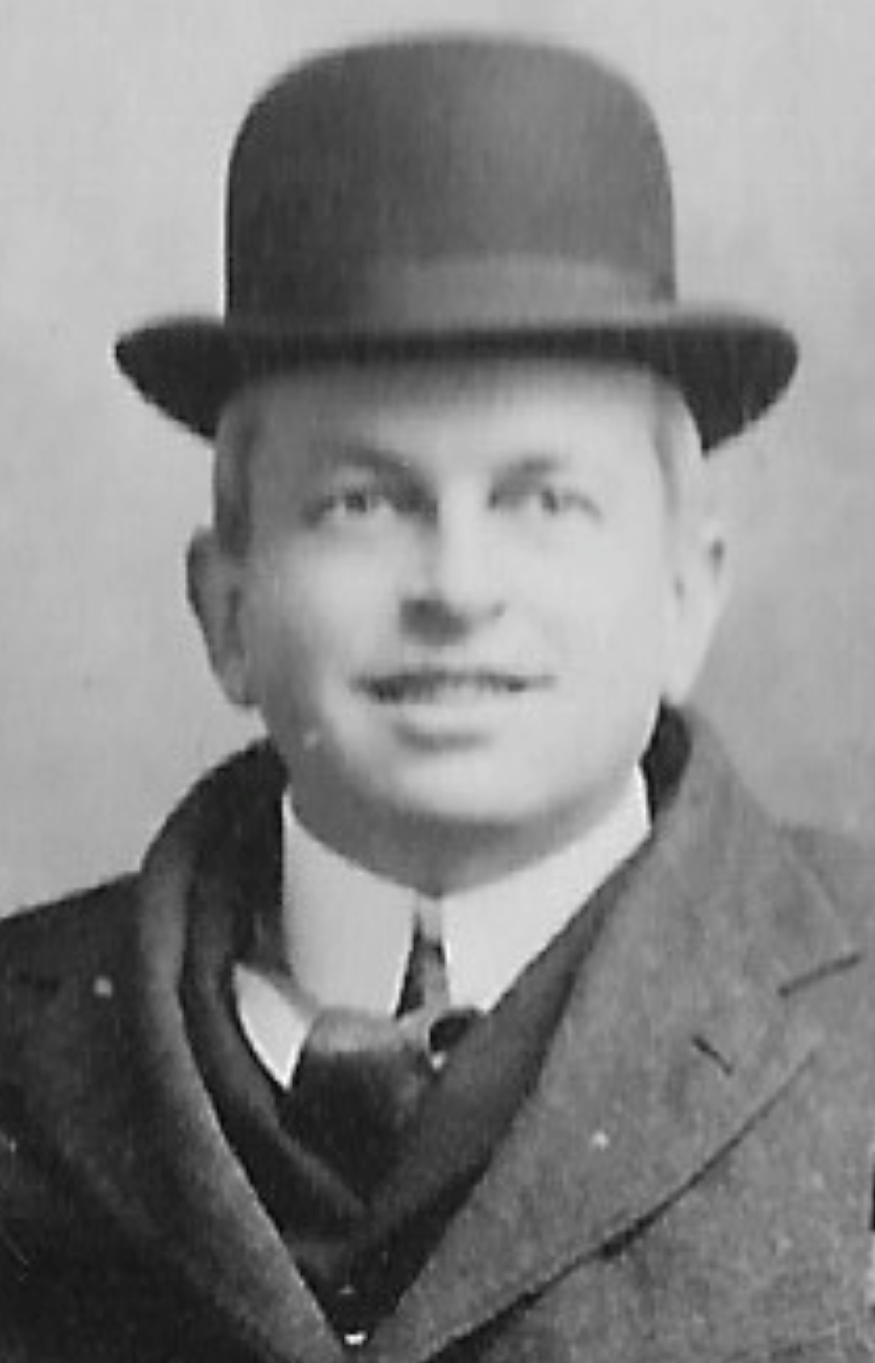 As the head of Ware Shoals Manufacturing Company, Benjamin Dewitt Riegel loved Ware Shoals and its people, spending much time here in the formative years of our community. In addition to providing much-needed jobs, he also insisted on good housing, churches, recreation, and an award-winning dairy to ensure proper nutrition for the town’s children. Among his greatest achievements is the “School on the Hill,” built-in 1926 for school-age children in Ware Shoals. Mr. Riegel was instrumental in providing the resources and helping to lead the planning for a first-rate educational facility that continues to serve the community nearly a century later. On this 18th day of October 2019, Founding Father Benjamin D. Riegel joins the inaugural class of the Ware Shoals Schools Hall of Fame for blessing his community with the best schools possible. 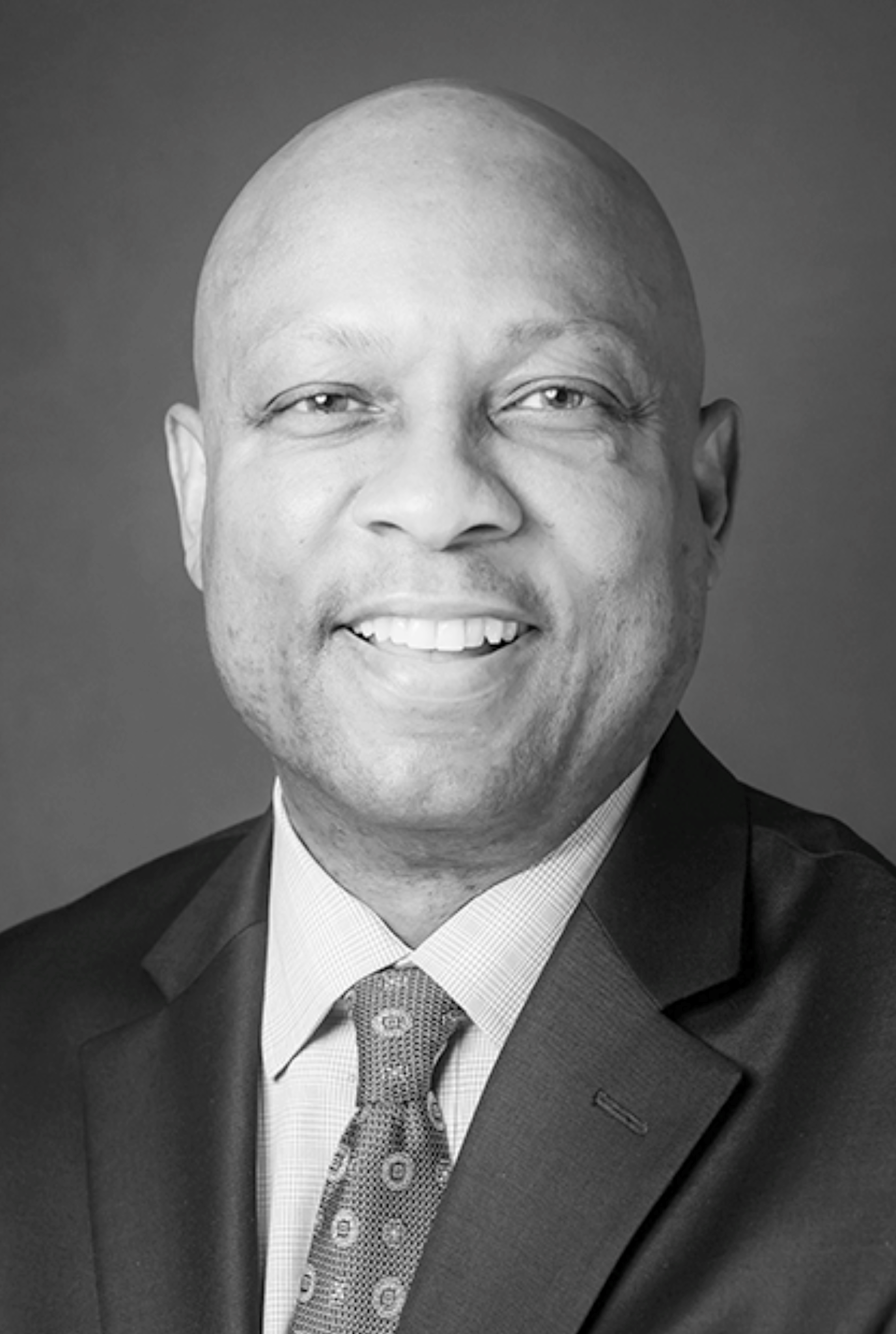 A 1975 graduate of Ware Shoals High where he was a four-year, four-sport letterman and Camak Ring recipient, Jerry Butler attended Clemson University on a track scholarship. However, he eventually found his niche as an outstanding wide receiver in football. Tiger fans remember him for “The Catch,” leaping high into the air to pull in a TD pass that gave them the victory over USC in their 1977 battle. Jerry was inducted into Clemson’s Ring of Honor in 1999, the highest honor a Clemson student-athlete can achieve. He was a first-round draft choice of Buffalo in 1979. With the Bills, he achieved AFC Rookie of the Year honors and was later a Pro Bowl selection. After retiring from football in 1986, Jerry went on to serve as Director of Player Development for three different NFL teams. Also a member of the South Carolina Athletic Hall of Fame, Jerry Butler is honored as an inaugural member of the Ware Shoals Schools Hall of Fame this 18th day of October 2019. 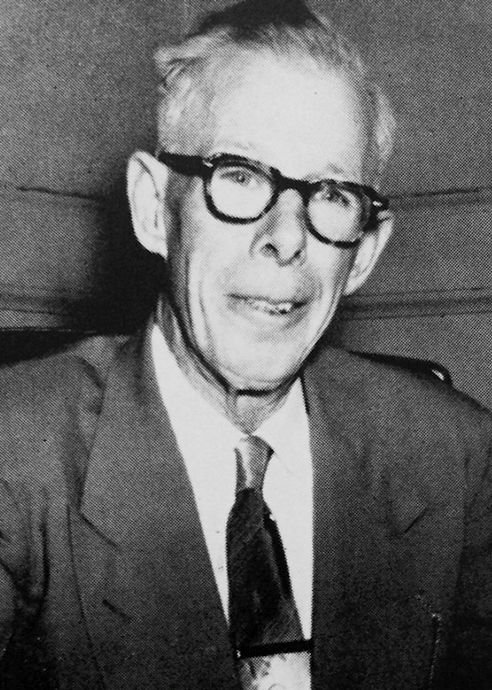 Often referred to as the father of Ware Shoals Schools, Marion Boyd Camak arrived in Ware Shoals in 1924 as the new superintendent of schools. He was largely responsible for the construction of the new "School on the Hill’ which opened in 1926 and continues to serve the community nearly a century later. ‘Fessor Camak led efforts to consolidate local community schools into a single, coherent school system in the 1950s, and was instrumental in the construction of good facilities in which to house it. In addition to being one of the most respected school administrators in South Carolina, he was a syndicated writer, an excellent country poet, a popular after-dinner speaker, and an esteemed community leader. He left us over a half a century ago, yet his influence continues “to guide someone a-right,” just as one of his poems advised. Marion Boyd Camak is welcomed into the Ware Shoals Schools Hall of Fame as an inaugural member this 18th day of October 2019. 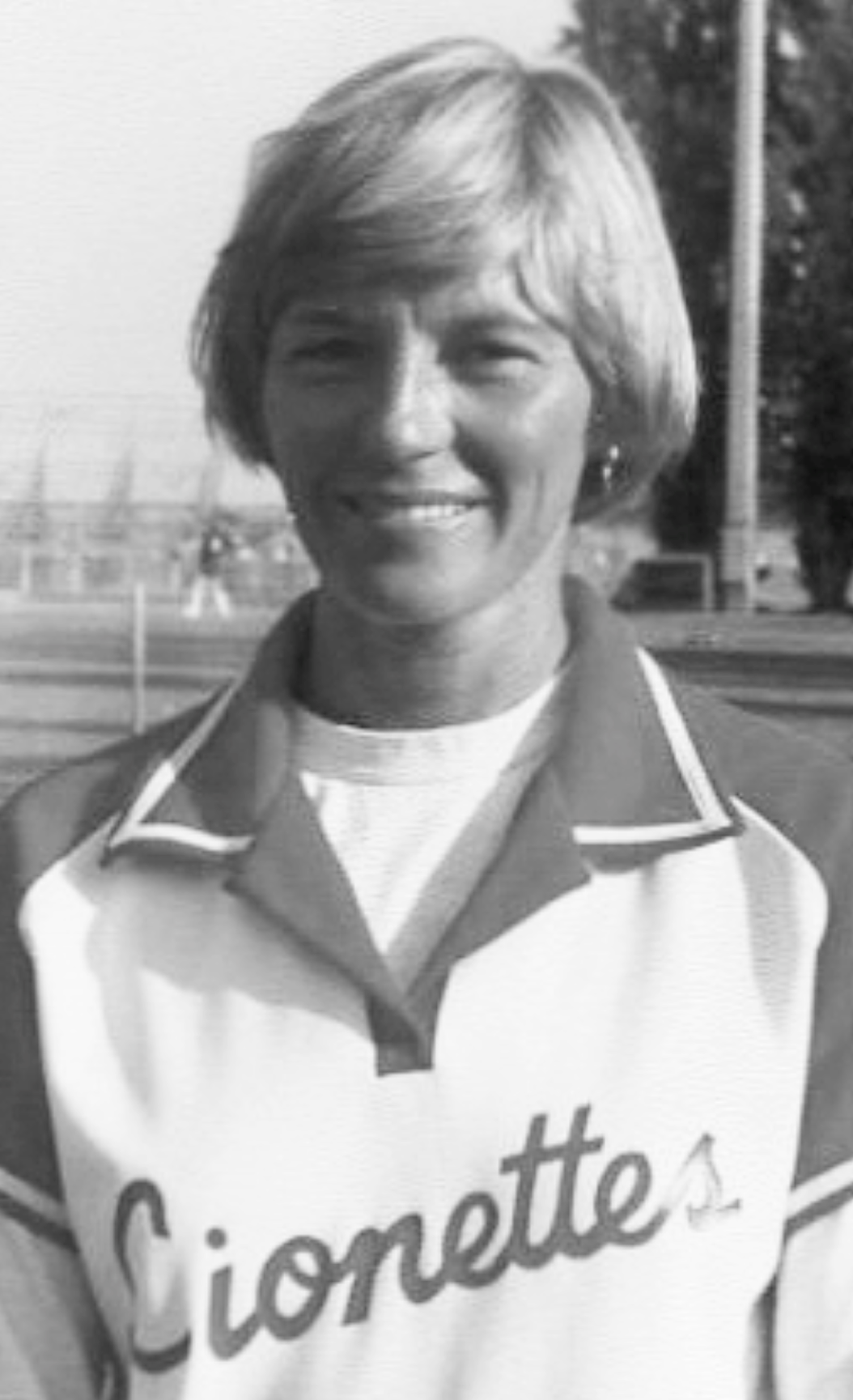 A 1960 graduate of Ware Shoals High, Mickey Davis went on to be a basketball star at Winthrop College. After college, she played semi-pro and professional softball on teams across the United States, including the Atlanta Tomboys and the Orange (California) Lionettes. She distinguished herself as a six-time All American and was on two National Championship teams. Mickey’s team also finished second in the 1970 World Championships. This trailblazing athlete was a member of the 1984 Los Angeles Olympic Committee and was involved with the Olympic softball team for many years. In 1996, she threw out the first pitch in an Olympic softball game in Atlanta. She later became a respected softball coach and athletic director on the community college level. Also a member of the California Community College Softball Coaches Hall of Fame, Mickey Davis is welcomed into the Ware Shoals Schools Hall of Fame as an inaugural member this 18th day of October 2019. 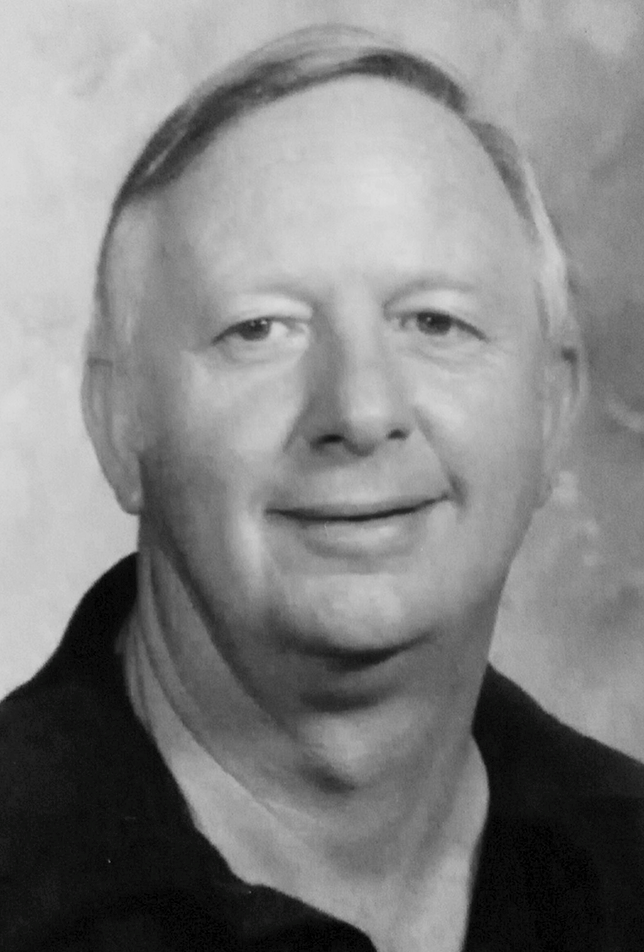 A 1954 graduate of Ware Shoals High where he was active in sports, Bob Johnston began his basketball coaching career at Daniel High, coaching the legendary “Pistol” Pete Maravich as a seventh-grader. After stops at Fair Play and Oakway, he came home in 1967 to coach the Hornettes. Over the next 14 years, Coach Johnston led them to five state championships, a run that included three unbeaten teams (1969, 1970, 1974). He had a 347-48 career coaching record and was inducted into the South Carolina Athletic Coaches Association Hall of Fame in 1999. Four years later, District 51 honored Coach Johnston by naming the high school gymnasium in his honor. Even in retirement Coach, Johnston continued to be a strong advocate for the youth through the sports program at Traynham Center. Coach Bob Johnston is welcomed into the Ware Shoals Schools Hall of Fame as an inaugural member this 18th day of October 2019. 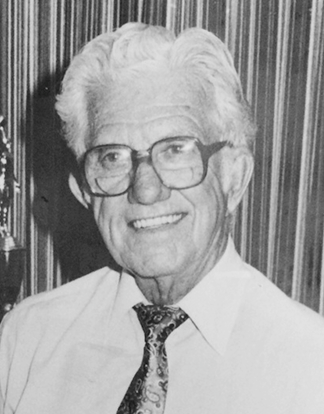 A man small in stature, Willie Wilbanks was a giant when it came to teaching and coaching the children of Ware Shoals in sports. That included baseball, football, basketball or even climbing a greased pole at the annual July 4th celebration, which he also planned and coordinated. Mr. Willie and his Willys Jeep were familiar sights around the Field House and Riegel Stadium where he taught Baby Boomers how to slide, bunt, wrap up on a tackle and, most important, how to exhibit good sportsmanship as he helped prepare them to become future Hornets. He was fun and loving, but he also expected the best from each of his young athletes. When he was not serving as a community recreation director, he could be found officiating NFL games on Sunday afternoons. Willie Wilbanks is welcomed into the Ware Shoals Schools Hall of Fame as an inaugural member this 18th day of October 2019.